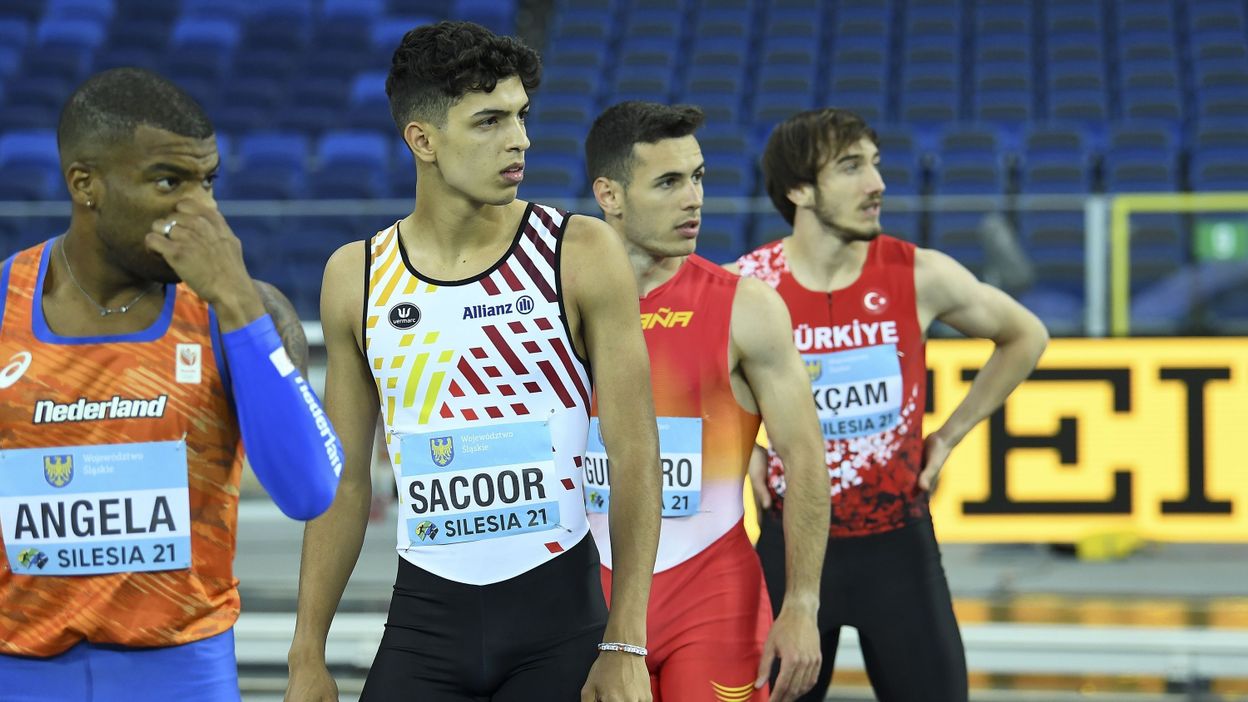 The break between Jonathan Sacoor and the University of Tennessee is acted and final. The participation of the former world junior 400m champion in the World Relays ended a contrasting two-year experience.

Far from its best level and lacking benchmarks, the Brabançon has 90 days to get back on track. “The situation is not simple, but it is not impossible“, positive Jacques Borlée.

Started in 2019, the adventure US de Sacoor is completed. The name of the athlete of the OEH has simply disappeared from the site of his former University. Tennessee had agreed to release Already before changing his mind “seeing that it was not right“. “Jonathan did not give in. He gave priority to Belgium, where his future lies“, Explain coach Jack.

This showdown around his presence in Poland with the Tornados was the end of the story. “He was kicked out by his university. Either way, he couldn’t stay at his college if things went wrong. They failed to create an atmosphere conducive to results around him. The situation was deteriorating. There was no longer reciprocity with Ken Harden (the coach of Tennessee, who had framed the Twins in Talahassee, editor’s note). Jonathan no longer followed my training plans“, adds Borlée.

The Harden method obviously does not work with a Sacoor, stuck up at 47.45. “Jonathan gained strength, but he lost his feelings. He did some good things in training but in competition it didn’t work out. Neither this winter, nor at the start of the season. There are technical issues. He no longer knows how to manage his feelings. And when there is an exaggeration of stress it stalls“.

So much for the observation. It remains to find the remedy. And quick ! Time is running out and Tokyo is already on its way. The 400m series are scheduled for August 1st. “He was too stressed, he must find appeasement just as humanly. He must refocus. I asked him to make a checklist of everything that was wrong. In this way, we will know what to fix. We will also give him a series of tests and a blood test to see where he is.“, explains Jacques Borlée, who recognizes that Sacoor is”impacted“by the situation.

This happened in Chorzow. After an encouraging mixed stint on Saturday, Sacoor tightened the engine in the final with the Tornados. Without looking for a false excuse but with the will to bounce back by getting back to work. “To perform, you have to be calm and be able to free yourself completely. It doesn’t help to drag a pot when you run“, metaphor our consultant Frédéric Xhonneux, compared to the accumulated voltage. “This American experience may be of use to him in the future. He was confronted with new things. He has gained in autonomy. It was his desire to leave, it might also have been negative to stay. But if his sporting evolution is not as beneficial as hoped, he has an interest in returning to a known and family structure. He knows that Jacques Borlée’s recipes work“.

The Sacoor-Borlée duo has already experienced a similar event. “In 2019, I had already had to catch up with everything when he returned to Belgium“, rewinds Borlée. It ended well with a 12th place in Doha, with a personal best (45.03) and a bronze medal with the relay.

This time the deadline is even shorter. Talent is not lost. Sometimes he can get lost. Jonathan Sacoor and Jacques Borlée have three months to find the right path. “Nothing is lost, it’s only early May“, concludes the 4x400m coach.