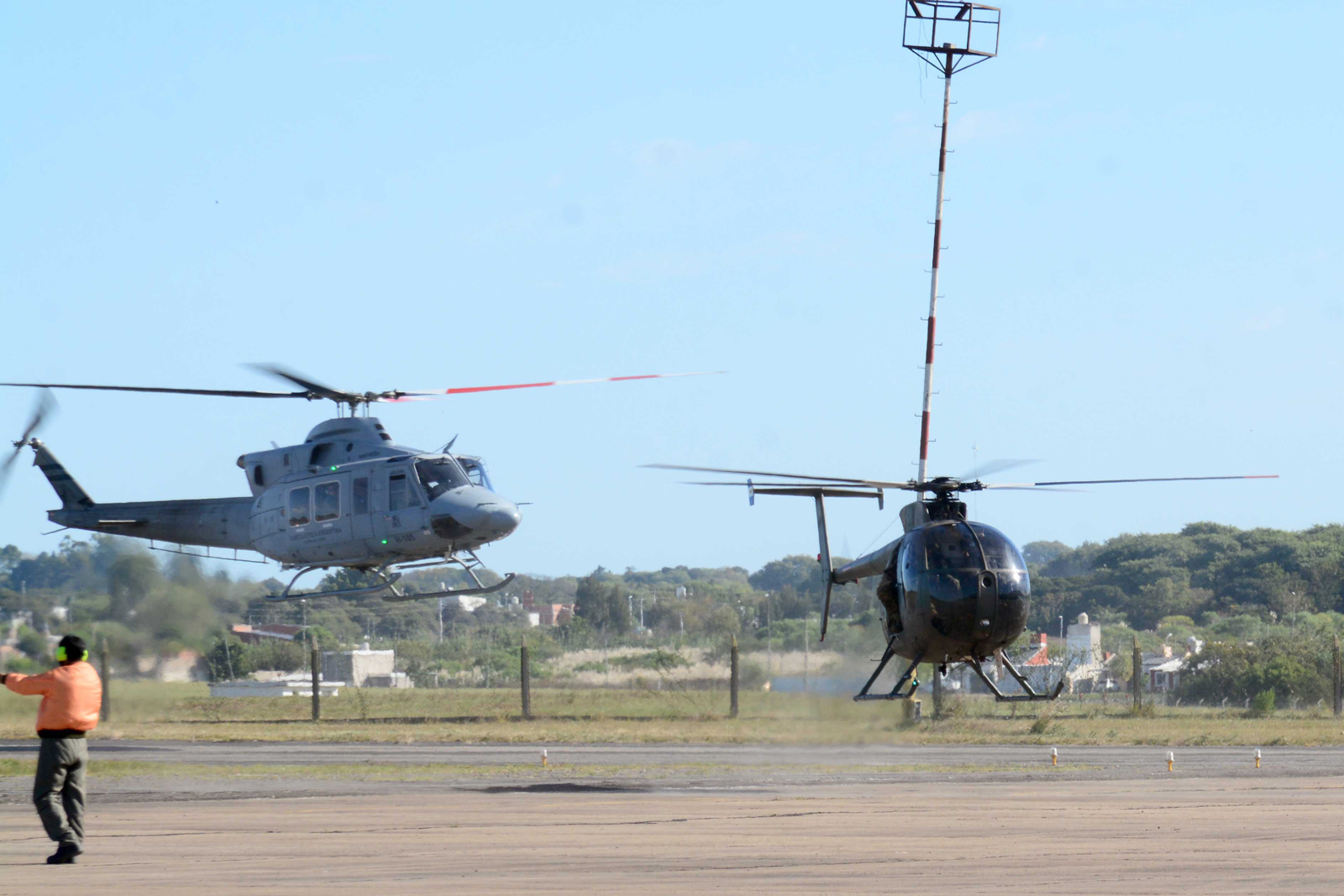 The Exercise was part of the Institution’s training plan, and its objective was to verify and increase the capabilities of the means and crew members of the different Air Force Weapons Systems in search and rescue tasks, recovery of injured personnel, evacuation. health and transportation of cargo and personnel by air in situations of urgent demand, carrying out day and night operations in the area comprised by Paraná, the city of Rosario (Santa Fe), the towns of Mazaruca and Villaguay (Entre Ríos).

Tuesday the 11th marked the start of day and night operations from the II Air Brigade with LearJet 35 A, C-130 Hercules, DHC-6 Twin Otter and Bell 412 EP helicopters. The aircraft carried out a recovery and stabilization practice of the ejected pilot in a wild area (Mazaruca Locality). Meanwhile, the air supply to the troops engaged in the search exercise, the transfer of the ejected personnel from the recovery site to the Paraná aerodrome, and the subsequent evacuation practice via LearJet 35 A with sanitary configuration were carried out simultaneously.

On Wednesday morning the 12th, the Director of the Exercise, Brigadier José María Greissing, received the local press and gave a press conference in which aspects related to the activities and tasks carried out in the ongoing operation were addressed.

On this occasion, the Institution’s C-130s carried out a formation navigation and then a maximum effort landing at the facilities of the II Air Brigade, followed by the supply by air means with combat unloading.

Then the rotary wing media took off, which were used to carry out BYRCOM (Search and Rescue in Combat) tasks. To do this, they were escorted by two T-6C Texan II aircraft, navigating towards Mazaruca, where a drill was carried out with the objective of recovering an ejected pilot.

During this stage, aircraft were also engaged to transport troops from the Military Aviation School (EAM) to the town of Sauce Viejo (Santa Fe), with the aim of demonstrating the flexibility of the air environment for the transfer of personnel from different geography points for quick employment in a Theater of Operations (TO).

The activities on this date concluded with a search and rescue drill, using the SAR (Search and Rescue) capabilities of the C-130 transport aircraft and the Bell 412 helicopters.

Exercise Fury 2021 ended on May 13 with a highly positive balance with respect to the rapid response capacity of the means and personnel of the Argentine Air Force employed in day and night operations in search and rescue tasks, recovery of injured personnel. , health evacuation and transportation of personnel and cargo by air in the development of a conflict scenario. 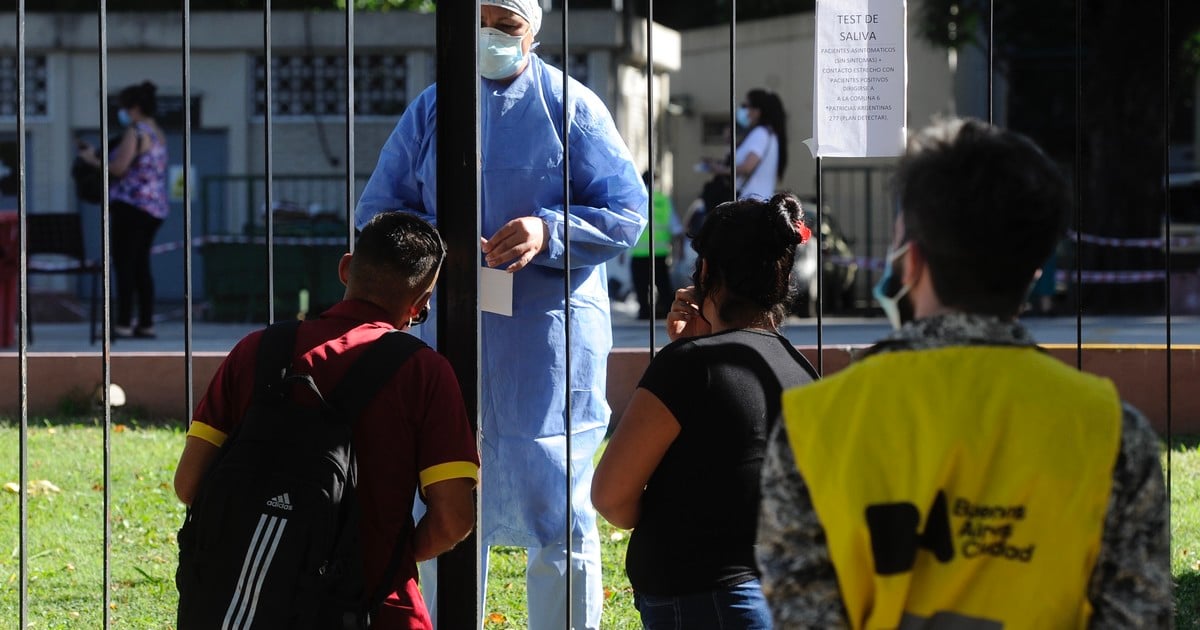 Due to the fall in labor income and the loss of jobs, in just three years, during 2018-2020, about 3 million more people came to have only the coverage and medical care of the public hospital if the data from INDEC Living Conditions of the 31 urban agglomerates that comprise two-thirds of the 45 million throughout the country

What happened is that with a total population that grew by 1.4 million people in those three years, 1.6 million stopped having the coverage of the social, mutual or prepaid work and they were only covered by the public hospital.

According to the INDEC Report, in the second half of 2017, 69.5% of the population of these urban agglomerates had social work, prepaid, mutual or emergency service. In 2020 dropped to 64%. On the other hand, only with coverage of the public system, increased from 30% to 35.9%.

This process was continuous throughout these 3 years and increased more last year aggravated by the fall in activity, the pandemic and the quarantine, putting greater stress on the public system.

This process has several aspects.

The first, and key, is the loss of coverage of social work and also prepaid due to the drop in registered employment that with Health contributions entitles you to medical coverage. Between the end of 2017 and the end of 2020, registered employment with contributions fell by 433,000 people. If the family group is added, the total loss of coverage exceeds one million people.

In turn, of the new people who entered the activity, a part did not find a job and those who did, the vast majority were “without contributions to Social Security ”.

Another explanation is the fall in the income of independent workers that led to many affiliates not being able to continue paying the private medicine fee, forcing them to leave the system, while the loss of jobs meant that one sector could not continue to derive contributions to the prepaid.

Jorge Piva, Director of Medifé and the Sanatorio Finochietto, told Clarion that “the list of members of the private medicine system was reduced in these years by 10%. And that happened because they were not generated and there was a loss of formal jobs, while the informality of the economy increased. However, some prepaid companies grew because people are looking for cheaper options ”.

For its part, the latest Report from the Social Observatory of the UCA (Argentine Catholic University) indicates that “the deficit observed at the household level in the food and health dimension was around 19% for the year 2015 and as of In 2016, deprivation conditions begin to increase, reaching 26.6% of households in 2019 ”.

On the other hand, referring to the Human Development of Children, another UCA Report says that “more than half of the children and adolescents in urban Argentina depend on the attention of the state health sector. However, it is relevant to note that since 2017 this propensity increased and in the last year (2020) it reached 57.9%. Undoubtedly, this is linked to the socio-occupational situation of the reference adults of the children and adolescents. This data only reveals the challenges of care that the public health system has for the exercise of the right to health of urban children in the country ”.

TOPICS THAT APPEAR IN THIS NOTE