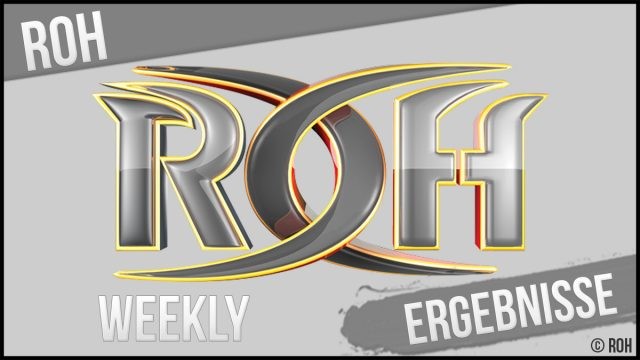 Quinn McKay welcomes us to a new edition of ROH’s weekly TV show and looks with us at today’s episode. Then the commentators Ian Riccaboni and Caprice Coleman welcome us to the show.

Brian Milonas goes to the commentators for the next match.

Brody King, Chris Dickinson and Homicide then come out to celebrate victory with Tony Deppen.

The match Quinn McKay vs. Angelina Love is being advertised for next week’s edition.

Discuss these topics with many other wrestling fans in our forum! Click!