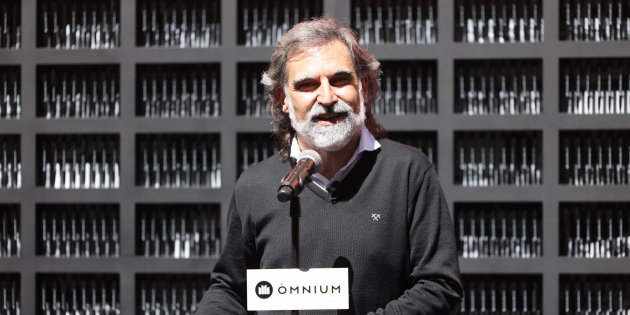 After the crystals of the Lledoners prison and presenting him as a “imprisoned for expressing and acting in accordance with his political convictions”, the North American newspaper The New York Times has interviewed the president of Òmnium Cultural, Jordi Cuixart. The newspaper, which presents the issue on the front page, reviews the autumn of 2017 in Catalonia and echoes the repression experienced by all political prisoners for defending their ideas and organizing a self-determination referendum.

The newspaper, which recalls that Cuixart was only an activist who tried to intervene with police officers during a protest, recounts the brutality of the Spanish police response to the independence movement and affirms that all leaders have received “Draconian” convictions that have shocked the world.

“Cuixart tried to mediate, he established paths through the crowd and asked them to disperse. Afterwards, the vote was held in the midst of repression and yet he was convicted of sedition, one of the most severe crimes in Spain. These fabricated charges surprised people. everyone, even experts in these crimes, “the newspaper narrates.

Despite admitting that Europe has never officially recognized that there are political prisoners in Spain nor has it openly positioned itself on the Catalan cause, for the The New York Times it seems clear that this is a question that “makes the EU uncomfortable.

In this sense, he recalls some examples that show that independence leaders are imprisoned for their ideals: “Russia has already denounced the existence of political prisoners in Spain on several occasions; the United States also regretted the cases in an annual report on human rights. de Cuixart and the rest of the leaders, ‘imprisoned as a form of political intimidation’; some EU legislators and parliamentarians have raised this situation and have pointed out that Spain has political prisoners, and organizations such as Amnesty International take a position in this line, “he explains the The New York Times.

“We will do it again”

For all this, the North American newspaper regrets that Cuixart has to spend his days in a prison with more than a thousand inmates, a home of drug dealers and murderers. “

The article concludes with the statements of the president of Òmnium, who once again reiterates his convictions. “I would do it all over again. At some point, Spain will have to reflect and ask what they are going to do with me. Delete me? They can not. I’m not going to ask for forgiveness, “Cuixart sentenced.

Did you find this article interesting? To continue guaranteeing committed, courageous and rigorous information, we need your support. Our independence also depends on you.